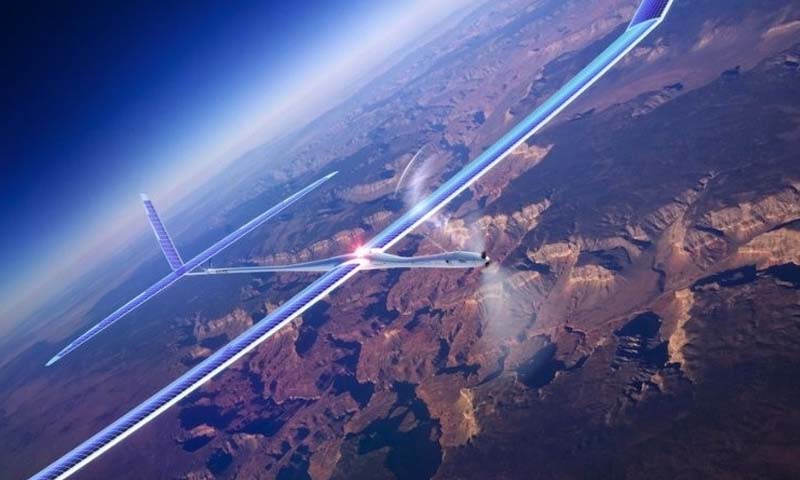 NEW YORK – Facebook is ready to touch the sky. This time Facebook is reportedly spending huge in research and development from the last year, as the company invests for the long term benefits.

Chief Technology Officer Mike Schroepfer told, where Facebook is spending that money, and where it sees its future, Drones, artificial intelligence and virtual reality.

The aircraft, with the wingspan of a 737, but a weight hundreds of times less, is designed to circle for up to 90 days, “beaming connectivity down to people from an altitude of 60,000 to 90,000 feet.”

Mike Schroepfer said, “It’s just too expensive to put up huge telephone poles and string large wires to an area where not many people live  in a very rural farming area”.

He added, “The social media giant has designed a laser that can deliver data at 10 gigabytes per second, which Facebook says is roughly 10 times faster than the previous state of the art in the industry. Multiple planes locked should be flying using lasers pointing at each other to do high-speed communications.”

The two other high-tech areas of focus for Schroepfer are virtual reality and artificial intelligence.

Mark Zuckerberg, pointed to the potential in its Oculus business, calling “immersive 3-D content the obvious next thing after video.”

Schroepfer says Oculus is about far more than just video gaming, but about creating a totally immersive way to virtually connect.

And Facebook’s investment in artificial intelligence isn’t about building robots, but about helping the company better understand users so it can anticipate their needs.

Schroepfer further added, “If we make our products better, more people will use it, people use it more, it’s fairly easy to understand. And I think VR has in the long run, the ability to be the next computing platform and I think a lot of interesting things can happen out of that.”